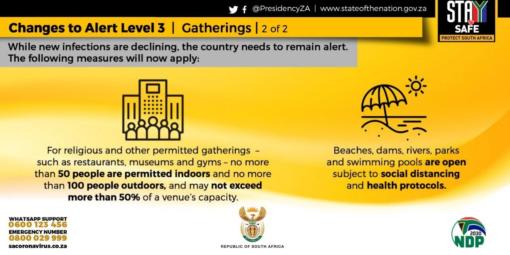 The adjusted level 3 lockdown regulation was announced on 01 February 2021 by President Cyril Rhamaphosa and are as follows:

Opening up of land borders

Following a prolonged closure/partial closure of all land borders to neighbouring countries, the government has now fully reopened 20 of its land border crossings.

Travelling to and from South Africa over these borders are now allowed, subject to certain restrictions.

Daily commuters from neighbouring countries are required to adhere to COVID-19 protocols, including: